Then God said, “Let us make mankind in our image, in our likeness, so that they may rule over the fish in the sea and the birds in the sky, over the livestock and all the wild animals, and over all the creatures that move along the ground.”

God blessed them and said to them, “Be fruitful and increase in number; fill the earth and subdue it. Rule over the fish in the sea and the birds in the sky and over every living creature that moves on the ground.”

Genesis 3-10 - Skim these chapters and see the unraveling of humanity because of sin.

Now the whole world had one language and a common speech. 2 As people moved eastward,[a] they found a plain in Shinar and settled there.

3 They said to each other, “Come, let’s make bricks and bake them thoroughly.” They used brick instead of stone, and tar for mortar. 4 Then they said, “Come, let us build ourselves a city, with a tower that reaches to the heavens, so that we may make a name for ourselves; otherwise we will be scattered over the face of the whole earth.”

5 But the Lord came down to see the city and the tower the people were building. 6 The Lord said, “If as one people speaking the same language they have begun to do this, then nothing they plan to do will be impossible for them. 7 Come, let us go down and confuse their language so they will not understand each other.”

ask yourself, your family, your small group: 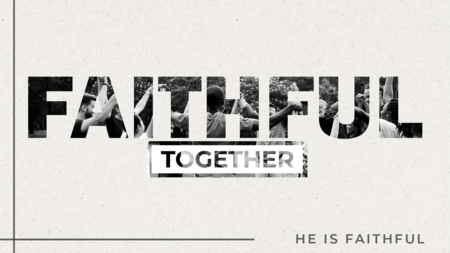 Love Till It Hurts